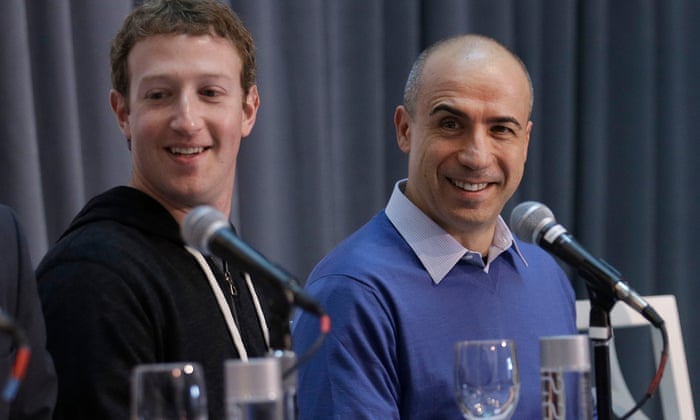 Science is starting to pay big for a small minority who land major prizes. At a ceremony in California on Sunday night, six researchers became substantially wealthier when they were handed Breakthrough prizes, set up by the Russian billionaire Yuri Milner along with some of the biggest names in Silicon Valley.

Among those honoured were Karl Deisseroth of Stanford University and Edward Boyden of MIT for developing a procedure called optogenetics – a means of turning neurons on and off using light. They took home $3m (£2m) apiece for winning the Breakthrough prize in life sciences.

The same prize winnings went to John Hardy, who studies Alzheimer’s disease at University College London; Helen Hobbs, of the University of Texas South-western medical centre, for discovering gene variants linked to cholesterol; Svante Pääbo at the Max Planck Institute for Evolutionary Anthropology in Leipzig for reading Neanderthal and other ancient genomes; and Ian Agol, a mathematician at the Institute for Advanced Study in Princeton, for his work on problems that language cannot easily convey: virtual Haken, virtual fibering conjectures and tameness.

A group of 1,300 researchers won the Breakthrough prize in fundamental physics, but the $3m will be shared among five team leaders whose experiments confirmed that ghostly subatomic particles called neutrinos have mass. The same landmark discovery won the Nobel prize in physics this year.

In keeping with Milner’s aim of raising scientists to rock star status in the eyes of the public, the Breakthrough prizes – sometimes called the Oscars of science – were handed out at a ceremony at Hangar One in Silicon Valley hosted by Seth MacFarlane, the creator of Family Guy.

Pharrell Williams was down to perform, with Russell Crowe, Hilary Swank and Lily Collins among the guest presenters. The plan for the evening, with a theme of “life in the universe”, included a live video link to the Nasa astronaut Scott Kelly on the International Space Station.

The prizes, totalling $21.9m this year – taking the total handed out to more than $160m since they were established in 2012 – are backed by Facebook’s Mark Zuckerberg and his partner, Priscilla Chan, Google’s Sergey Brin, Anne Wojcicki of 23andme, and Jack Ma of Alibaba.com and his wife, Cathy Zhang. Unlike Nobel prizes, the Breakthrough prizes are explicitly directed at researchers who are still active in their fields.

Hardy, nicknamed Scruffy by his former colleagues – he was once crowned the worst dressed scientist in the field at a major neuroscience conference – won the prize for his discovery of genetic mutations that give rise to early-onset Alzheimer’s disease, and for inspiring new treatments for preventing the disease.

He said he was having bacon and eggs in his kitchen one Saturday morning when Mahlon DeLong, a US neurologist from the prize committee, called with the news of his win. “I was speechless. It was a 15-minute call that changed my life. I had to have another cup of coffee,” he said.

Hardy is the most cited Alzheimer’s researcher in Britain, and may be the most storied too. He once rang up a $1,000 bill at an Osaka karaoke bar, drinking whiskey and singing Yellow Submarine, while in the city for a conference. One tale has him travelling with a colleague and mistakenly picking up the wrong suitcase before retiring to bed. The next day, Hardy appeared in the other man’s clothes. “He said he just thought his wife had bought him some new clothes,” a former colleague, Karen Duff, told the journal Nature Medicine in 2004.

He made a major breakthrough in 1990 at Imperial College London when his team found mutations that helped to explain how amyloid plaques form in the brain. Later, he showed that tangles of a protein called tau appeared to happen as the disease progressed. It was part of a strategy to understand the order in which Alzheimer’s takes hold.