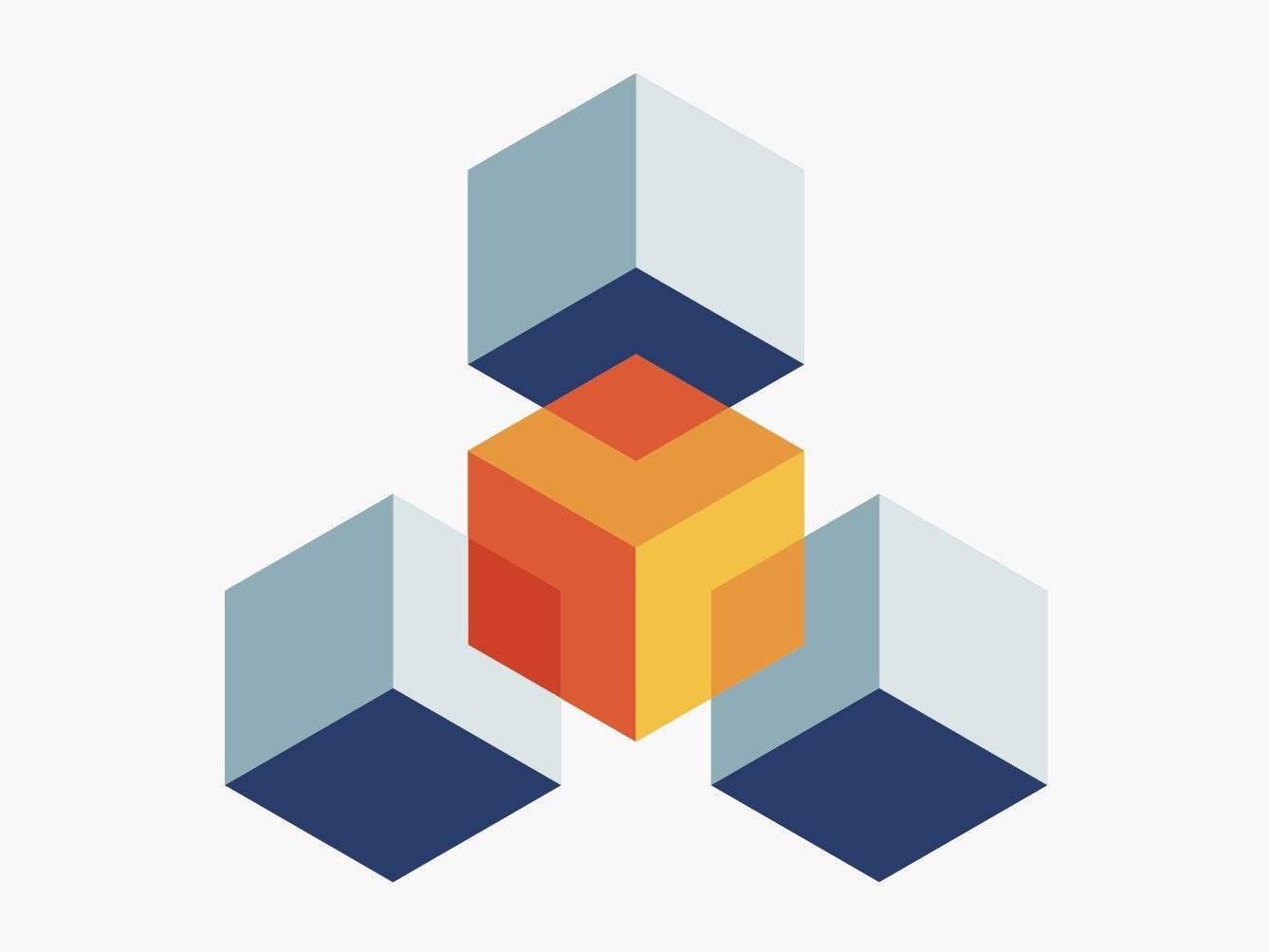 Let’s face it: artificial intelligence is scary. After decades of dystopian science fiction novels and movies where sentient machines end up turning on humanity, we can’t help but worry as real world AI continues to improve at such a rapid rate. Sure, that danger is probably decades away if it’s even a real danger at all. But there are many more immediate concerns. Will automated robots cost us jobs? Will online face recognition destroy our privacy? Will self-driving cars mess with moral decision making?

The good news is that many of the tech giants behind the new wave of AI are well aware that it scares people—and that these fears must be addressed. That’s why Amazon, Facebook, Google’s DeepMind division, IBM, and Microsoft have founded a new organization called the Partnership on Artificial Intelligence to Benefit People and Society.

“Every new technology brings transformation, and transformation sometimes also causes fear in people who don’t understand the transformation,” Facebook’s director of AI Yann LeCun said this morning during a press briefing dedicated to the new project. “One of the purposes of this group is really to explain and communicate the capabilities of AI, specifically the dangers and the basic ethical questions.”

If all that sounds familiar, that’s because Tesla and Space X CEO Elon Musk had been harping on this issue for years, and last December, he and others founded a an organization, OpenAI, that aims to address many of the same fears. But OpenAI is fundamentally a R&D outfit. The Partnership for AI is something different. It’s a consortium—open to anyone—that seeks facilitate a much wider dialogue about the nature, purpose, and consequences of artificial intelligence.

According to LeCun, the group will operate in three fundamental ways. It will foster communication among those who build AI. It will rope in additional opinions from academia and civil society—people will a wider perspective on how AI will effect society as a whole. And it will inform the public om the progress of AI. That may include educating lawmakers, but the organization says it will not lobby the government.

Creating a dialogue beyond the rather small world of AI researchers, LeCun says, will be crucial. We’ve already seen a chat bot spout racist phrases it learned on Twitter, an AI beauty contest decide that black people are less attractive than white peopleand a system that rates the risk of someone committing a crime that appears to be biased against black people. If a more diverse set of eyes are looking at AI before it reaches the public, the thinking goes, these kinds of thing can be avoided.

The rub is that, even if this group can agree on a set of ethical principles–something that will be hard to do in a large group with many stakeholders—it won’t really have a way to ensure those ideals are put into practice. Although one of the organization’s tenets is “Opposing development and use of AI technologies that would violate international conventions or human rights,” Mustafa Suleyman, the head of applied AI at DeepMind, says that enforcement is not the objective of the organization.

In other words, if one of the member organizations decides to do something blatantly unethical, there’s not really anything the group can do to stop them. Rather, the group will focus on gathering input from the public, sharing its work, and establishing best practices.

Just bringing people together isn’t really enough to solve the problems that AI raises, says Damien Williams, a philosophy instructor at Kennesaw State University who specializes in the ethics of non-human consciousness. Academic fields like philosophy have diversity problems of their own. So many different opinions abound. One enormous challenge, he says, is that the group will need to continually reassess its thinking, rather than settling on a static list of ethics and standards that doesn’t change or evolve.

Williams is encouraged that tech giants like Facebook and Google are even asking questions about ethics and bias in AI. Ideally, the group will help establish new standards for thinking about artificial intelligence, big data, and algorithms that can weed out harmful assumptions and biases. But that’s a mammoth task. As co-chair Eric Horvitz from Microsoft Research put it, the hard work begins now. 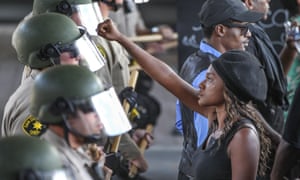 One of the officers who shot and killed Alfred Olango is the subject of two lawsuits, one alleging he sent a female officer unsolicited pictures of his genitals

Clinton has a $10 billion initiative, while Trump wants to build a wall.

Drug overdoses are killing roughly the same number of people each year as HIV/AIDS did at the height of the epidemic—and far more than car accidents or gun violence. The majority of those overdoses are from opioids, a class of drugs including prescription painkillers, heroin, and fentanyl.

So how would the presidential candidates solve this monumental problem? Hillary Clinton presented a detailed initiative last year to spend $10 billion over the next decade on substance abuse and addiction. Donald Trump contends that building a wall on the Mexican border would solve the problem by stopping the flow of drugs into the country. Here’s what we know about the details of their plans so far:

The Initiative to Combat America’s Deadly Epidemic of Drug and Alcohol Addictiontakes a multipronged approach to the epidemic, with $7.5 million going toward a state-federal partnership in which the federal government would allocate $4 of funding for every $1 each state committed. An additional $2.5 billion would go toward drug treatment programs funded directly by the federal government. The goals of the plan include:

In parting votes of protest, Michigan’s Democrats on Wednesday unanimously opposed a short-term spending bill in order to send a clear message to GOP leaders heading into the long October recess: Funding for the Flint water crisis should have been part of the package.

“I’m grateful that we made progress, and no ill will toward anyone who worked on the CR. It just should have included Flint,” Rep. Dan Kildee (D-Mich.) said after voting against the continuing resolution (CR).

“We talked to each other early on about where we would be on the CR without Flint,” Kildee said of his Michigan colleagues, “so we just stuck with that.”

Although the Democrats, led by Kildee and Minority Leader Nancy Pelosi (D-Calif.), had successfully negotiated the authorization of $170 million for Flint in a separate water bill that passed the House hours earlier, Congress must return to that legislation after November’s elections in order to iron out differences between the chambers and get it to the president’s desk.

By contrast, the CR included $500 million in emergency funds to help flood victims in Louisiana and several other states — money that will be available immediately. The Michigan Democrats are crying foul over the discrepancy.

“The money’s not going to come right away to Flint, and we’ve gotta get the money for the people of Flint,” Rep. Debbie Dingell (D-Mich.) said after opposing the CR. Source: Marijuana really can be deadly, but not in the way you probably expect – The Washington Post

We’ve all been there — having fun relaxing with friends and family, when someone says something a little racially off. Sometimes it’s subtle, like the friend who calls Thai food “exotic.” Other times it’s more overt, like that in-law who’s always going on about “the illegals.”

In any case, it can be hard to know how to respond. Even the most level-headed among us have faltered trying to navigate the fraught world of racial awkwardness.

So what exactly do you do? We delve into the issue on this week’s episode of the Code Switch podcast, featuring writer Nicole Chung and Code Switch’s Shereen Marisol Meraji, Gene Demby and Karen Grigsby Bates.

We also asked some folks to write about what runs through their minds during these tense moments, and how they’ve responded (or not). Their reactions ran the gamut from righteous indignation to total passivity, but in the wake of these uncomfortable comments, everyone seemed to walk away wishing they’d done something else.

While Vladimir Putin has called Donald Trump a “colorful and talented person,” the Kremlin has long viewed Hillary Clinton as pushing a democratization agenda that it sees as a threat to its sovereignty.

Source: For Hillary Clinton and Vladimir Putin, the Mistrust Is Mutual – WSJ