AB InBev has struggled in the U.S. amid a shift toward craft beers, Mexican imports, wine and spirits 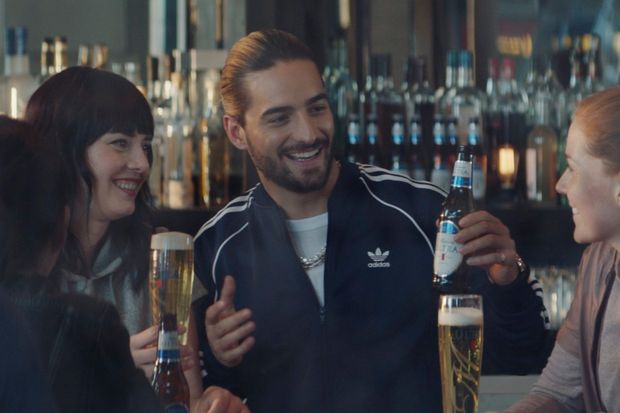 The world’s largest brewer has struggled in recent years, as American drinkers shift to craft beers, Mexican imports, wine and spirits. It has also had to grapple with challenging emerging markets and a huge debt pile from its more than $100 billion acquisition of SABMiller in 2016.

Those issues weighed on results Thursday, but early signs of improvement and a forecast for revenue and earnings growth this year prompted shares to rise as much as 5%.

AB InBev’s fourth-quarter revenue dropped 2.4% to $14.25 billion and net profit plunged to $457 million from $3.04 billion, largely because of one-time items. Organic volumes, which strip out acquisitions and divestitures, edged up 0.3%.

The North American market remained tough, but showed signs of improvement. Volumes in the region fell 0.4%, compared with a 1.2% decline a year earlier. U.S. market share fell 0.2 percentage point, its smallest decline since 2012, with Bud and Bud Light both declining.

In response to the slowdown, AB InBev has launched pricier, limited-edition or flavored variants of its flagship brands and worked to diversify. Earlier in February, it bought a maker of ready-to-drink canned cocktails and high-end spirits, adding to its growing portfolio of nonbeer offerings, including spiked seltzer and energy drinks.

It has also pushed Michelob Ultra, a light beer that AB InBev markets to health-conscious consumers. On Thursday, it said a new organic version of Michelob Ultra and a relaunched lower-calorie, lower-alcohol spiked seltzer had performed well.

“We think we can expand Michelob Ultra in a big way,” Chief Executive Carlos Brito said, adding that the brand currently makes up about 10% of the company’s U.S. volumes. Budweiser makes up 13% and Bud Light 35%.

Mr. Brito said he didn’t expect Bud or Bud Light to return to growth and is focused on stabilizing their performance.

The battle between the U.S.’s top two brewers has intensified in recent weeks after a Bud Light Super Bowl ad took aim at Miller Lite and Coors Light, prompting the no. 2 brewer to say it would pull out of a planned industrywide campaign to promote beer.

AB InBev is also grappling with macroeconomic challenges in Brazil, South Africa and Argentina that have capped consumer spending. Weaker emerging-market currencies have reduced the value of sales in some markets when converted into dollars.

That combination of factors prompted the company to say last year it would slash its dividend to focus on paying down debt.