Many people know that lie detector tests are bullshit. But the video above, from Adam Conover at TruTV, does a pretty good job of running through the reasons why the tests are so bad.

The video also demonstrates another fact some Americans might not be aware of: In many cases, police actually know that the test doesn’t really detect if a suspect is lying — but use it anyway to trick suspects into (sometimes false) confessions.

“If the examiner does the theater well, and tricks the subject into believing that his or her lies can be detected, they might confess,” Leonard Saxe, a psychologist at Brandeis University who’s conducted research into polygraphs, previously toldVox.

So how accurate are polygraphs? The American Polygraph Association claims that the tests are around 90 percent accurate, but this group doesn’t exactly have an interest in being honest about the tests if they are terribly inaccurate, since it advocates for the use of the polygraph.

Other experts and research are much more skeptical of the polygraph’s validity, since the test really measures physiological indicators of anxiety, not honesty. As the American Psychological Association notes, “There is no evidence that any pattern of physiological reactions is unique to deception. An honest person may be nervous when answering truthfully and a dishonest person may be non-anxious. Also, there are few good studies that validate the ability of polygraph procedures to detect deception.”

In the criminal justice system, the goal is to see if a suspect is guilty beyond reasonable doubt. But since there’s a very good possibility that someone was simply nervous when the test deemed him a liar or abnormally calm when the test deemed him honest, and there’s no scientific evidence that the tests are valid, there’s a very strong case for reasonably doubting any polygraph results. Polygraphs are, in other words, not very useful at actually doing what they seek to do.

The good news is you’re never required to actually take a polygraph during a criminal investigation. So if police ask you to take the test, or even try to trick you into thinking it’s mandatory, it might be a good idea to refuse — to avoid self-incriminating yourself. (But don’t take my word for it — consult a lawyer on this.)

Still, polygraphs continue being used not just in criminal justice settings, but also by some government employers. About 70,000 people a year undergo such tests while seeking security clearances and jobs with the federal government, even though a 1988 law bans private employers from putting their job applicants through the same process. Maybe it’s time to just dump these machines.

Watch: The psychology of police sketches 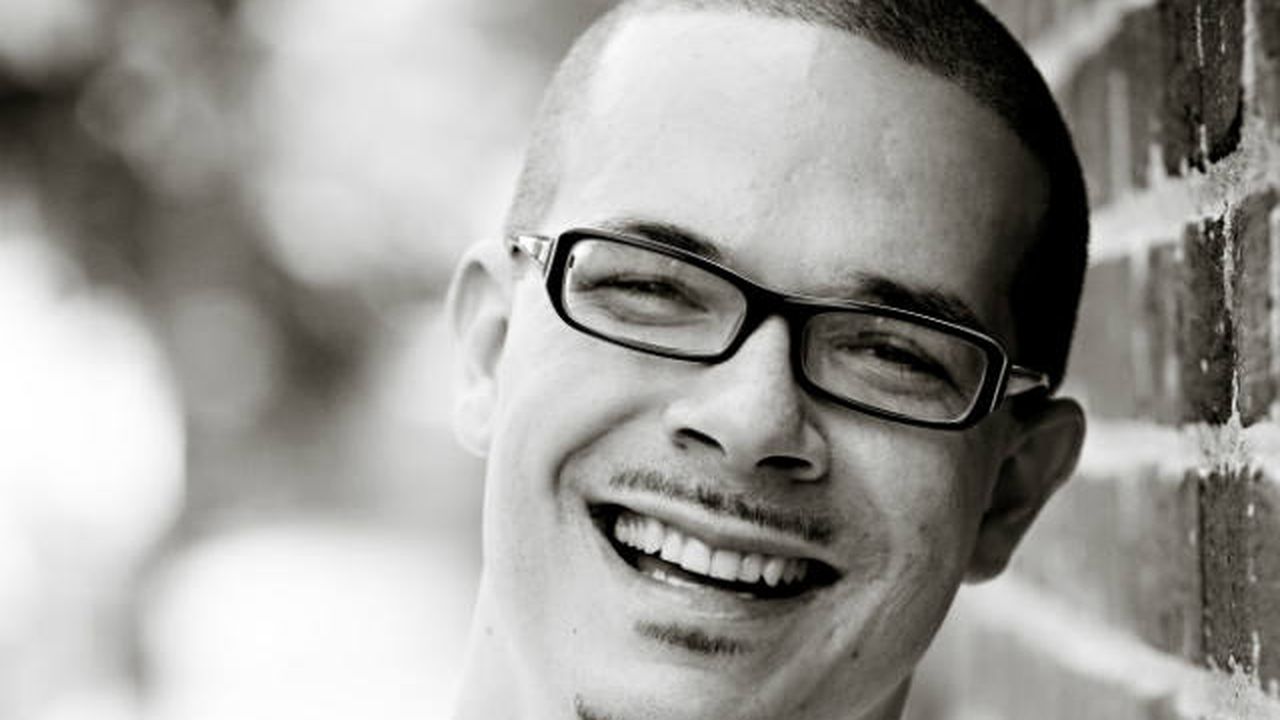 Black Lives Matter activist Shaun King is currently at the center of a controversy that has nothing to do with a police shooting or brutality — it’s, instead, about his personal life and racial identity.

Over the past several weeks, conservative media outlets have published multiple pieces disputing different claims King has made about his life over the years. And the latest accusations — which caused the story to trend on Twitter — have called into question whether King is biracial, forcing the activist to disclose personal details about his life in hopes of disproving the accusations.

There’s a bit of history to this conflict. But the fact that a self-identified biracial man is being chastised by conservative media outlets as part of an attempt to discredit him shows just how fluid the entire concept of race can be, and that makes it difficult to know who’s right and wrong when questions about race come up.

Voters are fed up with American politics. But are they willing to do anything about it?

Riding the wave of anger: Donald Trump addresses supporters during a political rally at the Phoenix Convention Center on July 11, 2015, in Phoenix.
Photo by Charlie Leight/Getty Images

“I have always preferred the ink-and-paper, written letter method of communicating with elected officials,” writes Ralph Nader, consumer advocate and former presidential candidate, who has been writing letters to American politicians, with some success, for more than 50 years.

But he’s been disappointed with the past two administrations. “Rhetoric by both Presidents George W. Bush and Barack Obama would have you think that these presidents encourage and support citizens sharing their opinions with their commander in chief,” he writes in a new collection of his correspondences, Return to Sender: Unanswered Letters to the President, 2001-2015. But “once delivered to the White House, my letters could not penetrate the multi-layered White House bubble.” Perhaps, Nader says, if presidents these days didn’t spend so much time raising money, waging unnecessary wars and taking photo ops with sports stars, they might find more time to engage with a concerned citizenry.

Who knows whether Nader’s book of letters, which he hopes will be the first step toward repairing the degraded relationship between U.S. citizens and their elected officials, will catch the president’s attention; but it certainly caught ours. From a missive scolding Bush for being an “out-of-control West Texas sheriff” to a note to Obama from the point of view of an E. coli bacterium, here are some of Politico Magazine‘s favorite Nadergrams.

BASTROP, Texas — The office of the Bastrop County Republican Party is in an old lumber mill on Main Street, with peeling brown paint and a sign out front that captures the party’s feelings about the Obama administration: “WISE UP AMERICA!” Inside, county Chairman Albert Ellison pulled out a yellow legal pad on which he had written page after page of reasons why many Texans distrust President Obama, including the fact that, “in the minds of some, he was raised by communists and mentored by terrorists.”

So it should come as no surprise, Ellison said, that as the U.S. military prepares to launch one of the largest training exercises in history later this month, many Bastrop residents might suspect a secret Obama plot to spy on them, confiscate their guns and ultimately establish martial law in one of America’s proudly free conservative states.

They are not “nuts and wackos. They are concerned citizens, and they are patriots,” Ellison said of his suspicious neighbors. “Obama has really painted a portrait in the minds of many conservatives that he is capable of this sort of thing.”

Across town at the Bastrop County Courthouse, such talk elicits a weary sigh from County Judge Paul Pape, the chief official in this county of 78,000 people. Pape said he has tried to explain to folks that the exercise, known as Jade Helm 15, is a routine training mission that poses no threat to anyone.

Congressional Republicans are using the power of the purse to do battle against a series of controversial labor regulations from the Obama administration.

They say the National Labor Relations Board (NRLB) gave a gift to labor unions by issuing what they call an “ambush election” rule that speeds up the process for organizing in the workplace.

Republican lawmakers are also incensed by a joint-employer policy that holds companies responsible for the labor violations of their business partners, and by a “micro-union” policy that paves the way for multiple labor unions to organize in a single workplace.

Now tasked with crafting a funding bill for the labor board, Republicans are moving to cut the NLRB’s by funding by 10 percent while blocking officials from enforcing any of these controversial rules.

Rep. Tom Cole (R-Okla.) called said the funding bill is an opportunity to “rein in the excessive overreach of the … National Labor Relations Board.”

“This has been the most activist NLRB in history,” Rep. Phil Roe (R-Tenn.) told The Hill. “The NLRB has grossly overstepped and changed decades of established labor law.”

Republicans have long accused the NLRB of favoring labor unions under President Obama, and waged a long battle against appointments to the agency that ended with a major defeat for Obama at the Supreme Court.

While Republicans were thwarted in past attempts to halt NLRB rulings, their leverage has increased now that they control both chambers of Congress.

Both labor-funding bills contain provisions that would block the NLRB from implementing the union election, joint employer, and micro-union policies.

The effort is drawing heavy fire from Democrats and labor unions.

“It’s an obvious effort by the Republican leadership to weaken the NLRB and undermine workers’ rights,” AFL-CIO general counsel Lynn Rhinehart told The Hill in a statement.

Rep. Barbara Lee (D-Calif.), who mounted a failed attempt to remove the anti-NLRB provisions from the labor-funding bill, warned the House GOP bill would “weaken and really undermine our workforce.”

“It continues the majority’s assault on the American worker by stopping the National Labor Relations Board from enforcing its own rules facilitating union elections,” added Rep. Rosa DeLauro (D-Conn.).

The fact that both chambers of Congress included the anti-NLRB provisions in the appropriations bill makes it likely that they will be included if a final version of the legislation reaches the White House.

Obama won the first round of fighting over the union election rule, when Republicans tried to stop it from taking effect by invoking the Congressional Review Act.