The deep roots of conservative opposition to the environmental state, explained. 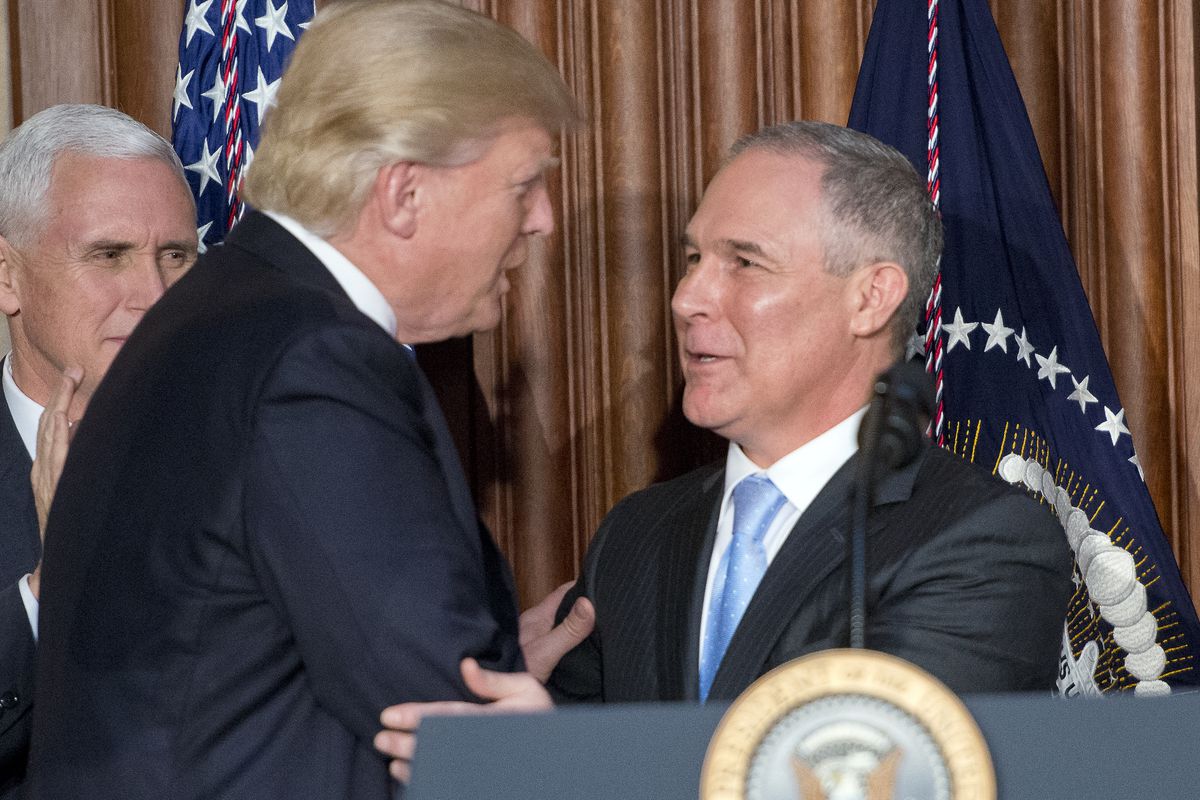 That screeching sound you hear this Earth Day is the sound of our federal government making a U-turn on the environment. What a difference a year and an election have made.

Last April 22, the United States was making notable progress on some of our toughest environmental problems. Grassroots mobilizations and other forms of pressure helped nudge America’s political leadership to halt pipelines and craft new policies on climate change, fracking, and toxics. The rest of the world, even China, was coalescing around a commitment to curb greenhouse gases, and the Paris accord had been signed into force.

Trump’s electoral victory has changed much of that. As part of Steve Bannon’s agenda for the “deconstruction of the administrative state,” Trump’s appointees are sharpening their axes for environmental agencies and science. Among their targets: Obama’s climate policies, and the EPA’s budget, which they’ve proposed to cut by 31 percent.

It’s ironic that today’s Republicans see America’s environmental state as such a liability, given that Republican presidents had such a big hand in constructing it. In the early 20th century Teddy Roosevelt pushed a federal system of parks, forests, and monuments. In 1970, it was Richard Nixon who created the Environmental Protection Agency and signed many foundational laws. Even during the last Republican administration of George W. Bush, longtime EPA employees have told me there was considerable if often tacit support by party leaders.

Source: How US negotiators ensured landmark Paris climate deal was Republican-proof | US news | The Guardian

Ninety-seven percent of qualified scientists say that the earth is getting hotter and human activity is to blame. Data shows that the global mean temperature is now 1 degree Celsius (1.8 degrees Fahrenheit) above pre-industrial levels. If humanity continues this course, we can expect more frequent and more intense extreme weather events, rising seas, and an unprecedented impact on humanity.

World leaders will be meeting in Paris later this month to try to come up with a international climate agreement. While the overwhelming majority of the world’s economies have laid out plans to cut their carbon emissions, they’re still short of the goal the United Nations has set for holding the line on global warming.

Send us a Skype video message with your thoughts. Here’s how: http://bit.ly/1Nvt08k

For a whole month this year, the world’s atmosphere contained more than 400 parts per million of carbon dioxide, on average. That’s more CO2 than the atmosphere has seen for hundreds of thousands of years, and those levels just keep going up.

All that carbon in the atmosphere means hotter global temperatures and more severe weather, of course. But scientists have less of an idea of what climate change will do to the ocean—a complex, difficult-to-study realm that’s due for huge chemical and ecological shifts. And that’s worrying, because the oceans are also a big carbon sink and the source of sustenance for most life on Earth.

Some changes are pretty certain, says Charlie Stock, a climate modeler at NOAA’s Geophysical Fluid Dynamics Lab. The ocean of the future will be warmer than it is today. And its structure will also be different—less-dense warm water will stack on top of a layer of cold water, with less mixing between the two. “Ocean productivity is basically bringing together nutrients and light,” Stock says. Deeper water has more nutrients; the surface gets more light. If less often the twain shall meet, overall productivity could go down.

And a warming ocean jumbles up where animals can survive. Fish tend to follow the water that’s just the right temperature for them, so eventually, Stock says, tropical fish could end up in normally temperate waters. Some species’ habitats will get squeezed—especially animals adapted to very specific conditions at the poles. And critters at the equator have to deal with ocean temperatures that are warmer than they’re used to.

Governments will need to increase efforts to limit carbon emissions in order to stop climate change, says UN report ahead of Paris summit 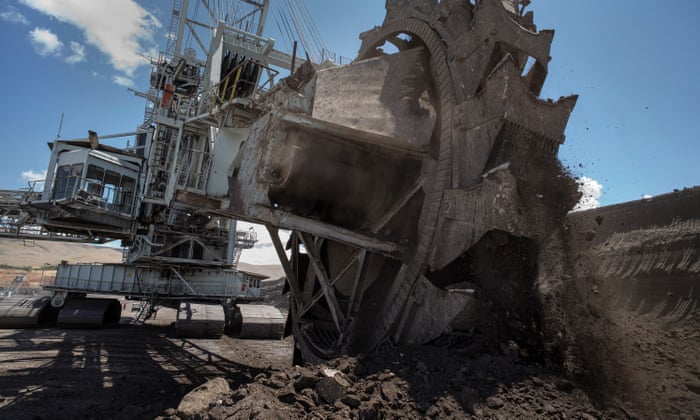 Current global efforts to cut greenhouse gas emissions leave about half of the reductions needed still to be found, according to a new analysis by the UN.

The report suggests that governments will have to go much further in their pledges to limit future carbon dioxide emissions, which have been submitted to the UN ahead of the crunch conference on climate change taking place this December in Paris.

Ways for governments to ramp up their commitments in future are one of the key components of the Paris talks.

The UN Environment Programme (Unep) published a report showing that global emissions levels should not exceed 48 gigatonnes (GT) of carbon dioxide equivalent by 2025, and 42 GT in 2030, if the world is to have a good chance of holding global warming to no more than 2C on average above pre-industrial temperatures. The 2C threshold is regarded by scientists as the limit of safety, beyond which the ravages of climate change – such as droughts, floods, heatwaves and sea level rises – are likely to become catastrophic and irreversible.

But current pledges, known as Intended Nationally Determined Contributions (INDCs), are likely to lead to emissions of 53 to 58 GT of carbon dioxide equivalent in 2025, and between 54 and 59 GT in 2030.

This means that emissions in 2030 are likely to be about 11GT lower than they would have been without the INDCs. But, according to Unep, they need to be about 12GT lower than that to give the world a two-thirds chance of avoiding more than 2C of warming. This leaves a large “emissions gap” to be made up. 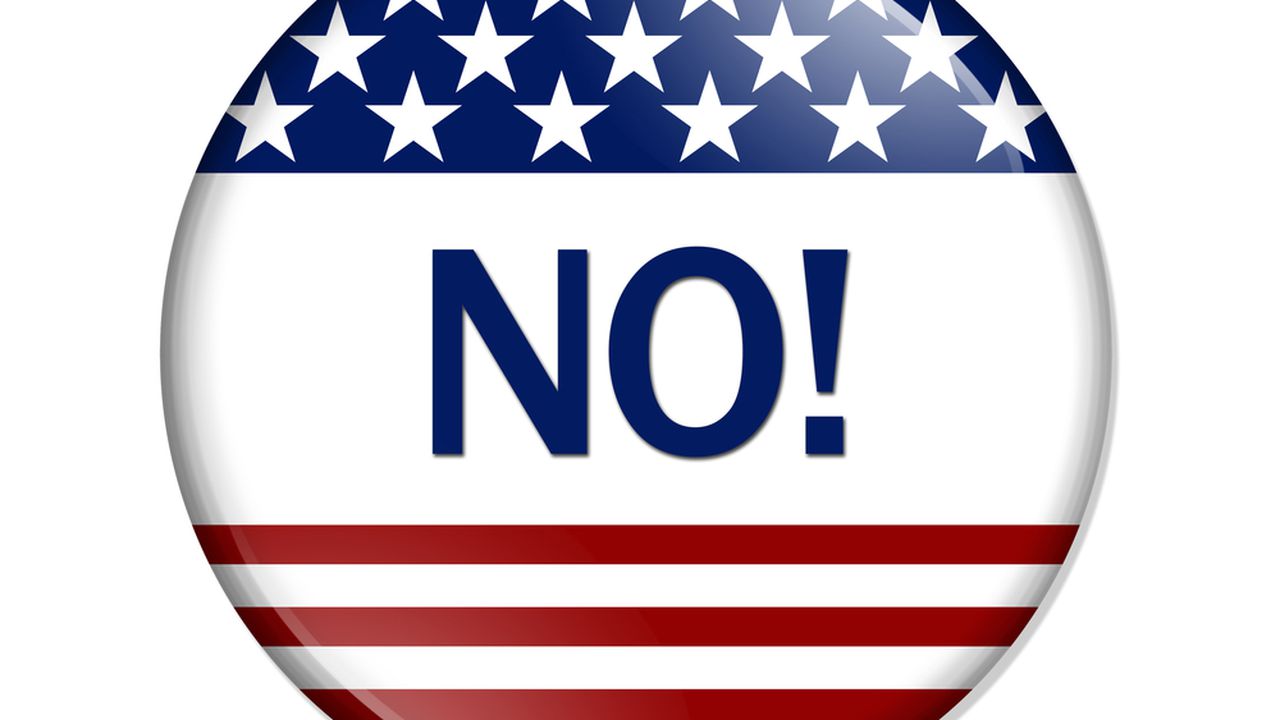 Back in March, Senate Majority Leader Mitch McConnell encouraged states to “just say no” to the Clean Power Plan. He meant that they should refuse to develop state plans to implement the rules, which would require all states to reduce greenhouse gas emissions from their electricity sectors.

But now it seems that states are abandoning McConnell’s strategy, having discovered that it is stupid. The signals are becoming ever clearer that although a notional partisan battle over the Clean Power Plan will continue, behind the scenes almost all states have resigned themselves to developing compliance plans. The reasons are simple:

Armin Rosen/Business Insider Where’s the uranium? The highway between Agadez and Abalak.

The odds of finding much of anything seem slim in northern Niger’s unnerving expanses of hazy white desert.

The land is so vast, so untethered from any obvious landmarks that when straying just a few hundred feet off of the inconsistently paved road between Abalak and Agadez, it’s hard to shake the fear that the driver won’t be able to find the highway again.

Even with plenty of water, gas, and daylight on hand, there’s a general feeling of being marooned.

In the post-World War II years, huge amounts of cheap electricity were needed to fuel the breakneck growth of Western economies.

At the same time, nuclear weapons became the ultimate embodiment of national power and prestige.

So the discovery of uranium in Niger in 1957 was a much-needed economic boon for a country that still ranks 187th on the Human Development Index.

And the ambitions of the nuclear powers in Niger are still playing out today as Niger’s remote and inhospitable northern desert environment contains the world’s fifth-largest recoverable uranium reserves, some 7% of the global total.

The ore must be extracted and then milled into yellowcake in distant pockets of the Saharan wastes, where it’s then sent on a multi-day truck convoy to the port of Cotonou, in Benin, some 1,900 kilometers (1,180 miles) away.

With degraded roads and unpredictable passenger air service, it’s hard to physically access the country’s two major mines, which are outside of a town called Arlit, about a five-hour drive north from Agadez and a more than 20-hour, 1,300-kilometer (807-mile) drive from Niamey, the capital.

Those mines are operated by Areva, a nuclear-energy-services company that is 70% owned by France, the colonial power that ruled Niger between the 1890s and 1960.

Those two mines have been in operation since the late 1960s and are collectively the largest employer in the country other than the Nigerien government.

On their own, the mines account for nearly one-third of Niger’s exports. Nigerien uranium is thought to provide for approximately one-third of France’s domestic consumer electricity needs.

Both of the mines are nearing the end of their operational lifespan — one is expected to only last another 10 to 15 years.

A third mine, at Imouraren, is currently under development and has reserves enough to become one of the most productive uranium sites in the world.

But plans to begin large-scale mining at Imouraren are now on hold because of the worldwide plunge in uranium prices that followed the Fukushima incident and the resulting shutdown of Japan’s 43 commercial nuclear reactors.