Source: AstraZeneca Is Selling Its Antibiotics Business to Pfizer 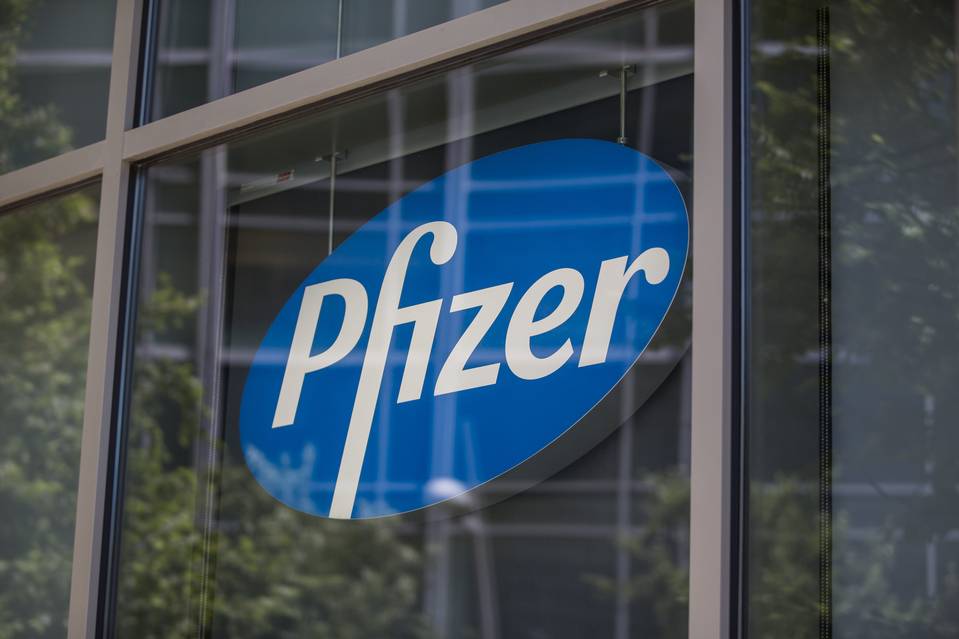 Pfizer is among the firms whose dividend exceeds its income over the past 12 months. | Photo: Scott Eisen/Bloomberg News

Big companies are handing more of their profits to shareholders than at any time since the financial crisis, as record-low bond yields put a premium on dividends.

Payouts at S&P 500 companies for the past 12 months amounted to almost 38% of net income over the period, according to FactSet, the most since February 2009.

In the second quarter, 44 S&P 500 companies paid an annual dividend that exceeded their latest 12 months of net income, the FactSet data show. That is the most in a decade and a practice some analysts deem unsustainable.

Companies have long spent large sums on dividends and share repurchases to boost their share prices. Investors now are clamoring more for dividends as a result of plunging interest rates, and companies are loath to disappoint them despite slow growth that is pressuring earnings at many firms. The dividend yield on the S&P 500, or annual payouts as a share of the current price, has been steadily above the 10-year U.S. Treasury yield for most of 2016, after only occasionally doing so for decades.

The shift has forced many investors to conclude there is no alternative to investing in stocks, a mantra that has accompanied the rise this year of the Dow Jones industrial Average and S&P 500 to records. On Thursday, the Dow rose 23.76 points to 18597.70 and the S&P rose 4.80 to 2187.02.

“This is a whole new world,” said David Rosenberg, chief economist at Gluskin Sheff & Associates Inc., a Toronto money manager. “When I started in this business back in the ’80s, you bought bonds for the coupons and stocks for the capital gains. That’s been flipped around.”

The companies are expected to announce the dissolution of the merger as early as Wednesday morning, The Wall Street Journal reported.

The $160 billion mega-deal was pitched as a way to help Pfizer cut its tax bill by moving to Ireland, where Allergan is based. The tax rate for corporations in Ireland is 12.5%, far less than the US rate.

New York-based Pfizer was leaning toward walking away from the merger as new US regulations put more pressure on the deal, Reuters reported earlier on Tuesday.

Its lawyers had presented ways to salvage the deal in light of the US Treasury Department’s new measures, but the company did not seem inclined to pursue the merger, according to Reuters’ source. 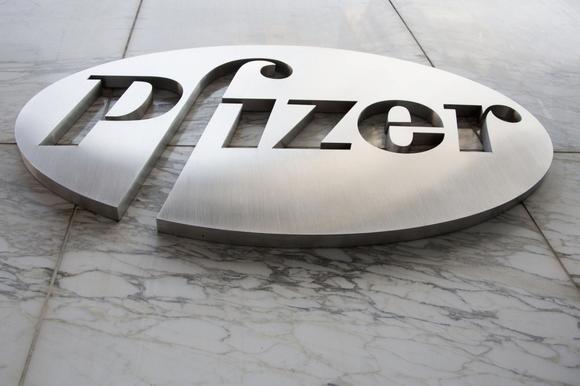 The Pfizer logo is seen at their world headquarters in New York April 28, 2014.

(Reuters) – Britain’s AstraZeneca on Monday rejected a sweetened and “final” offer from Pfizer, undermining the U.S. drugmaker’s plan for a merger to create the world’s biggest pharmaceuticals group.

The rebuff came nine hours after Pfizer said on Sunday it had raised its takeover offer to 55 pounds a share, or around 70 billion pounds ($118 billion) in total, and would walk away if AstraZeneca did not accept it.

Shares in AstraZeneca tumbled 13 percent to 42 pounds by late morning as prospects of a takeover ebbed away. Some major shareholders expressed annoyance at the board’s stance.

Pfizer wants to create the world’s largest drugs firm, with a headquarters in New York but a tax base in Britain, where corporate tax rates are lower than in the United States. The plan has met entrenched opposition from AstraZeneca, as well as politicians and scientists who fear cuts to jobs and research.

“It died of multiple wounds. Too little cash, too many suspicions about Pfizer’s motives, and too little confidence in its assurances about jobs,” said Erik Gordon, professor at the University of Michigan’s Ross School of Business. “Pfizer’s chances are going down, despite its offer of a higher price.”

AstraZeneca Chairman Leif Johansson said he had made clear in discussions with Pfizer that his board could only recommend a bid that was at least 10 percent above an offer of 53.50 pounds made by Pfizer on Friday, or 58.85 pounds.

In addition to the inadequate price, Johansson also slammed the lack industrial logic behind Pfizer’s move; the risks posed to shareholders by the controversial tax plans; and the threat to life science jobs in Britain, Sweden and the United States.

“Pfizer’s approach throughout its pursuit of AstraZeneca appears to have been fundamentally driven by the corporate financial benefits to its shareholders of cost savings and tax minimization,” Johansson said.

“From our first meeting in January to our latest discussion yesterday, and in the numerous phone calls in between, Pfizer has failed to make a compelling strategic, business or value case.”

Johansson’s refusal to engage in discussions angered some shareholders, with one fund manager at a top-10 investor in the group telling Reuters: “We do not think the Astra management have done a good job on behalf of shareholders.

Alastair Gunn of top-30 shareholder Jupiter Fund Management said: “We are disappointed the board of AstraZeneca has rejected Pfizer’s latest offer so categorically. They should have at least engaged in a constructive conversation with Pfizer.”

However, Pfizer’s proposed takeover would be the largest-ever foreign acquisition of a British company and is opposed by many scientists and politicians who fear it would undermine Britain’s science base.

The U.S. group said its new offer was final and could not be increased. It said it would not make a hostile offer directly to AstraZeneca shareholders and would only proceed with an offer with the recommendation of the AstraZeneca board.

Pfizer, the American drugmaker known for its star pills Lipitor and Viagra, doesn’t want to be an American company anymore. In fact, it fancies an English accent. And it’s willing to pay (a lot) for it. Why would the New York-based company, founded in Brooklyn in 1849, want to live the expat life? It’s not the dolce vita, it’s the taxes.

This week Pfizer said out loud what it had been whispering in the ear of London-based drugmaker AstraZeneca for months—it wants to acquire the British pharmaceutical company to the tune of $100 billion. The reasoning, however, has less to do with AstraZeneca’s business plan and more to do with its address. If Pfizer can hammer out a deal—AstraZeneca has, so far, rebuffed their offers—the company will be able to cut its Brooklyn roots and reincorporate as a British company. “Doing so would allow Pfizer to escape the United States corporate tax rate and tap into a mountain of cash trapped overseas, saving it billions of dollars each year and making the company more competitive with other global drug makers,” according to the New York Times.

Here’s what that means for Pfizer’s tax bill, via the Times:

There are several benefits of being effectively a British company. Pfizer currently pays an effective tax rate of 27 percent. Though it did not specify what the new rate might be, the British corporate tax rate is currently 21 percent and will soon fall to 20 percent. Analysts atBarclays estimated that for each percentage point less Pfizer paid in taxes, it would save about $200 million a year by reincorporating. People briefed on Pfizer’s discussions said that figure could be substantially higher. That means that Pfizer would be saving at least $1 billion a year in taxes alone.

Of course, it’s not that Pfizer doesn’t want to do business in the U.S.—it says it would keep its corporate headquarters in the U.S. and its listing on the New York Stock Exchange—it just doesn’t really want to pay taxes in the U.S. Or, as the Wall Street Journal puts it: “it would relocate largely in name only…” Pfizer, however, has already gone pretty far out of its way to avoid paying U.S. taxes, as the Journal reports, the company “has also left much of its profit from overseas outside the U.S. to avoid paying the taxes it would face if it brought the money home. Pfizer said between 70% and 90% of the nearly $49 billion in cash and equivalents the company has had on hand are outside the U.S.”

There are, of course, other non-tax benefits for Pfizer in the deal. Pfizer CEO Ian Read has stressed, the Journal reports, “that the main goals of the deal are increasing sales and eliminating redundant spending, not lowering taxes.” But, with the U.K. looking to aggressively lower its corporate tax rate to lure foreign companies coupled with political rumblings from Washington looking to crack down on the practice of corporate expatriation, Pfizer is looking to make its move before the political ground shifts below its feet.